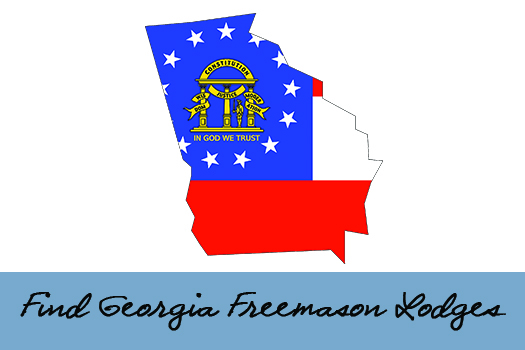 How can I find Georgia Freemason lodges? – Find a Masonic Lodge Near You

How can I find Georgia Freemason lodges?  – Find a Lodge Near You today! Did you know that you and your family are welcomed to visit any Lodge within the State of Georgia? It’s true – many Lodges host Family Nights, Open Lodge Meetings, Presentation and Award Events, and Social Gatherings in what Masons in Georgia call their ‘Grand Lodge‘. Simply use the link below to contact a Lodge nearest you. Sometimes, towns are so close that one lodge actually covers both. While for rural communities – there maybe a county wide lodge in some cases.

Here’s how to find Georgia Freemason Lodges Near You!

The Worshipful Master and Officers of the Lodge will be happy to give you a tour of their Lodge. While touring the lodge building ask questions and learn more about how Freemasons helped improve your local community. The Lodge Officers are capable of explaining What is Freemasonry and how becoming a member can be a benefit to you and your family.  Many times, the Lodge Officers will go into detail about the history of Freemasonry and their particular Lodge.  Lastly, remember to invite your family members to ask questions and get the answers they are looking for.  Georgia Freemasons pride themselves on being open and honest to directly address any of your questions or concerns. Here is the link to the lodge locator for the Grand Lodge Of Georgia.

Learn about the history of Freemasonry in Georgia

A band of English colonists under the leadership of General James Edward Oglethorpe. He was a British soldier, statesman and humanitarian. General James Edward Oglethorpe arrived on the west bank of the Savannah River on February 12, 1733. This was the birth of the English Province of Georgia, the last of the Thirteen Colonies. Georgia was the southwestern frontier of British America for many years.

In the same year, December 13, 1733, the Grand Lodge of England at its Quarterly Communication in London adopted a resolution to “collect the Charity of this Society towards enabling the Trustees (of Georgia) to send distressed Brethren to Georgia where they may be comfortably provided for…that it be strenuously (sic) recommended by the Masters and Wardens of regular Lodges to make a generous collection amongst all their Members for that purpose…” 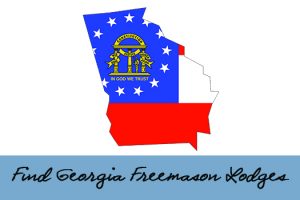 The First Particular Lodges in Georgia

Some three months later, February 21, 1734, a Lodge of Freemasons was organized at Savannah under the “old Customs” (without warrant). Noble Jones, intimate friend of James Oglethorpe, was initiated on that date, the first Freemason made in Georgia. On December 2, 1735, the Lodge was warranted by the Grand Lodge of England and entered on the engraved list as “The Lodge at Savannah in Ye Province of Georgia”. It was assigned number 139 on the register of English Lodges. By 1770 its number had been reduced to No. 63 and by 1792 it was No. 46, although no longer an English Lodge.

The Lodge at Savannah changed its name in or prior to 1770 to Solomon’s Lodge. In 1774 and 1775, respectively, the Grand Lodge of England warranted two more Lodges in Savannah, Unity No. 465 and Grenadiers No. 481. Both Lodges died an early death.

The Early/Provincial Grand Masters in Georgia

A group of dissident Freemasons in Savannah, disapproving the workings of Solomon’s Lodge, petitioned the Grand Lodge of Pennsylvania in 1784 for a charter to organize a Lodge. Their petition was granted by Pennsylvania on March 31, 1785, the Lodge being listed on Pennsylvania’s register as no. 42, to be known as Hiram Lodge, Savannah, Georgia.

The Beginning of the new F. & A. M. Grand Lodge in Georgia

In the true spirit of Freemasonry the differences between the two Lodges were soon reconciled. In the following year it is known that two additional Lodges existed in the state, one at Augusta and one at Washington. It is believed these four Lodges, on December 16, 1786, met together and created the most Worshipful Grand Lodge of Free and Accepted Masons for the State of Georgia. William Stephens, Past Master of Solomon’s Lodge, now No. 1, and the first U.S. Court Judge in Georgia, was elected and installed Grand Master.

Freemasonry has existed continuously in Georgia since 1734. The Grand Lodge of Georgia, F. & A. M., has existed since 1786.

The Grand Lodge of Free and Accepted Masons for the of Georgia was incorporated with perpetual duration on February 6, 1796, by an Act of the General Assembly of Georgia passed for that purpose, and has been delivered down to the present day.

Who are the top leaders in the Masonic Grand Lodge of Georgia?