Who is Mark Twain and what is his Masonic Story? Let’s start at the beginning Mark Twain was a ‘pen name’ for Brother Samuel Langhorne Clemens. Brother Clemens was born November 30, 1835, and put down his working tools on April 21, 1910. Brother Samuel was better known by his pen name Mark Twain to the world.

Under the pen name of Mark Twain, he was a writer, humorist, entrepreneur, publisher, and lecturer in the United States with popularity internationally. His novels include The Adventures of Tom Sawyer – published in 1876 and its sequel, the Adventures of Huckleberry Finn published in 1885. His sequel was later called by many people as “The Great American Novel“.

Here are a few memorable quotes by Mark Twain – enjoy… 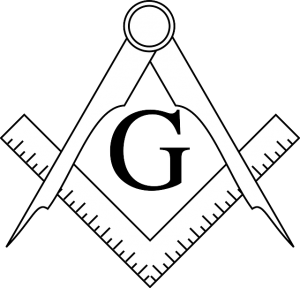 Brother Samuel Langhorne Clemens, better known under his pen name as the author Mark Twain, as stated earlier was an accomplished American author. Brother Samuel Clemens was born on November 30, 1835, in Florida, Missouri. In the early years of his life, he worked as an apprentice for a printer. Soon after he went on to work as a Mississippi River pilot. Some Masonic historians think that this was what sparked Brother Clemens’s interest in joining Freemasonry.

Brother Clemens (aka Mark Twain) presented his petition to a local lodge in the city of Saint Louis on December 26, 1860. He was made a Freemason by the brothers of Polar Star Lodge No. 79 on February 18, 1861. This blue lodge was known to be primarily made up of local River Pilots at the time. Thus giving a pausable assumption on how he was introduced and possibly inspired to join our fraternity. He was passed June 10, 1861, to the degree of FellowCraft and soon after was raised to the Sublime Degree of Master Mason on July 12, 1861.

Some additional quotes from Mark Twain…

Referred by many as the “Father of American Literature,” Brother Samuel Clemens (aka Mark Twain) was a journalist, writer, and humorist, more commonly known under his pen name “Mark Twain.” Brother Clemens first wrote under the alias as a newspaper reporter in 1863, referencing a Mississippi River term meaning “Mark #2” or the second mark line on a steamboat denoting safe passage depth on the river.

Later in life, our brother became a busy man; writing, tours, and the beginnings of fame kept him away from Saint Louis for long periods of time. On one of his first trips exploring Europe and the Middle East, Brother Samuel was believed to have been so impressed by Lebanon and its connection to Freemasonry. He ended up retrieving a piece of cedar and had it made into a gavel to send back to the Worshipful Master of his Mother / Home Lodge. Soon, after he fell in love and discontinued in his fraternal pursues. This article was made possible by the Freemasonry Report – enjoy reading more of the Famous Freemason Quotes – Mark Twain.

The most famous quote which links closely to Freemasonry is:  “He praised his Maker that he was as he was and went on enjoying his little life just the same as if he really had been deliberately designed and erected by the Great Architect of the Universe.” –  Innocents Abroad, Published in 1869 by Brother Samuel Clemens as known as Mark Twain.

Thank you for reading this brief Masonic documented history of Brother Samuel Clemens writing under the pen name of  Mark Twain. I hope you have enjoyed it as much as the Freemasonry Report has researched it.